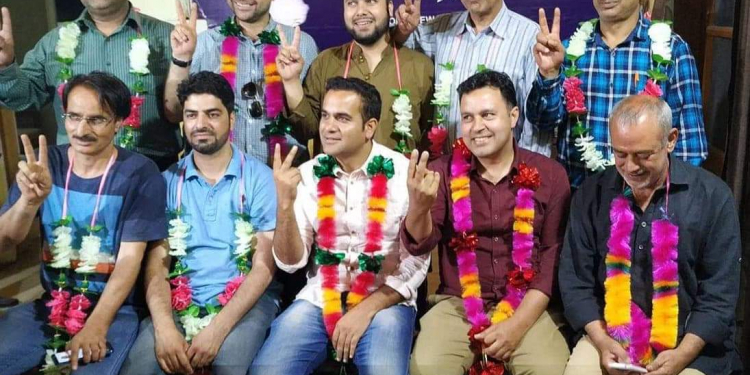 Sinagar: Shuja-ul-Haq was declared elected as President as first ever election of Kashmir Press Club (KPC) were held today and the results were declared in the late evening.

Out of 254 journalists affiliated with KPC who were eligible to vote in the first-ever elections for the club established two years back, 231 used their right to vote.

The members voted for candidates contesting for 11 posts, including one each of president, vice-president, general secretary, treasurer and seven of executive members.

There were three contestants each for the posts of president, vice-president and general secretary and two contestants for the post of treasurer. Twenty journalists were in the race for the seven executive member posts.

Moazam Muhammad scored 130 votes to win the post of Vice President while his nearest rival Tajamul Islam got only 75.

Ishfaq Ahmad Tantry polled 102 for the post of General secretary and his nearest rival was Riyaz Malik with 95 votes.

Farooq Javed got the highest vote share to become Treasurer. He polled 178 votes against 44 of his opponent Arshid Rasool.

Accept the post of President, all the ten positions were were won by the candidates of coalition backed by Kashmir Editors Guild.