by KMW News
in Sports
Reading Time: 1 min read
A A
0 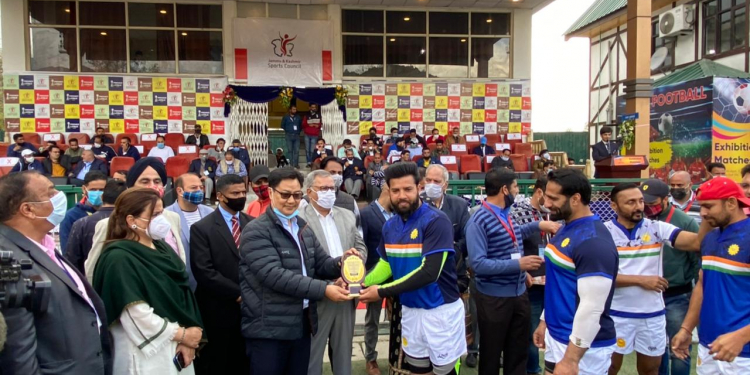 Over the years game of Rugby has developed much in Kashmir .

Rugby is a collective name for the family of team sports of rugby union and rugby league, as well as the earlier forms of football from which both games, as well as Australian rules football and Gridiron football evolved from.

Pertinent to mention here that world class players of India in the game of Rugby organised a match for the Kashmiri based rugby players in which mixture of players played .

Hyder Jameel renowned player of Rugby from Kashmir who has won several prestigious awards in the game stated that he is delighted that star studded players played in the both team and players from kashmir got great exposure .

He believes that Rugby as a game has great future in Kashmir considering the talent pool we have . Hyder Jameel states Rugby can improve your body’s cardiovascular system which transports blood, oxygen, and nutrients through your body.