by KMW News
in Featured, India
Reading Time: 1 min read
A A
0 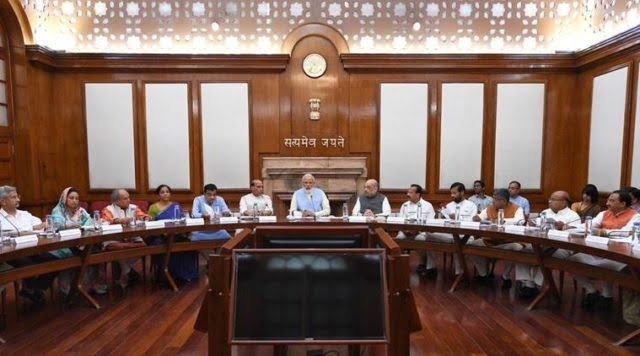 New Delhi, June 12(KMW): The Union Cabinet on Wednesday approved the extension of President’s rule in Jammu and Kashmir for another six months, beginning from July 3. Union Minister Prakash Javadekar made the announcement at a press briefing in New Delhi.

Jammu Kashmir has been under President’s rule since December 19, 2018. Earlier, it was placed under Governor’s Rule after the BJP pulled out of the coalition government with PDP in June last year.

Assembly elections in J&K will be held later this year, with the Election Commission confirming that the schedule will be announced after the Amarnath Yatra ends in August.

The 46-day annual pilgrimage, beginning on July 1, takes up a lot of the state administration’s time and requires heavy security deployment.

In fact, as the security forces need to man the entire national highway from Lakhanpur to Kashmir Valley and other yatra routes from Baltal and Pahalgam to the holy shrine, the state administration starts deploying them at least a fortnight before the start of the Yatra.