by KMW News
in Kashmir
Reading Time: 1 min read
A A
0 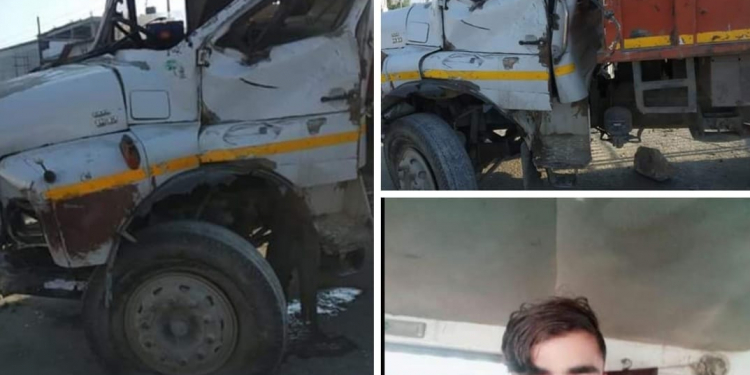 Srinagar, June 16 : A 20 year old youth was killed, another injured in a road mishap at Hyderpora area in Srinagar District on Tuesday.

Reports reaching Kashmir Despatch said a 20 year old identified as Yaseen Ahmad Khan son of Farooq Ahmad Khan of Saderkot was killed after the tipper bearing registration number JK05 B 5457 in which he was traveling met with at accident at Hyderpora area of Srinagar on Tuesday morning.

Reports said in the mishap another one was injured and was rushed to nearby hospital for treatment.